Should I take SAT or ACT?

Now that the redesigned SAT has been launched, students and parents are often undecided when choosing between the two tests. The new SAT has actually become more similar to the ACT. Both tests cover almost the same math topics, although ACT often has a broader scope than SAT, and ACT allows the use of calculators throughout the exam where as SAT limits calculator use to only some questions. Both reading and writing tests are passage based, with no stand-alone sentences, but the SAT has more passages and questions than the ACT. The essays are both optional, but they are very different in style: SAT is an analytical essay while ACT is a persuasive essay. The most notable difference is the science section in the ACT, although SAT tries to include a few data interpretation questions in the reading and writing tests. But above all, the most important distinction is the time allowed per question, with ACT being more time pressured than the SAT. Students who can read and think fast will be able to succeed in both tests with the right strategies and practice. Students who are always running out of time may be better off with the SAT.

The scoring system is also the same now that both tests do not penalize students for wrong answers. SAT has a maximum score of 1600, 800 for math and 800 for reading and writing combined. Thus math is 50% of the total score on the SAT while only 25% on the ACT. The maximum score for the ACT per section is 36, and the composite score is the average of the scores from the 4 sections. If a student is strong in math but weak in science and English, taking the SAT is definitely a better choice. A student who is strong in English and science but weak in math would likely get a better overall score on the ACT than the SAT. For other cases, it is recommended that students try both tests to determine the right one.

Ms. Aynih of SAT Jakarta was invited to be the speaker at I learn@ America  at the Pacific Place Mall on May 25th, organized by the US Embassy . She talked about how to improve SAT, ACT, TOEFL and IELTS test scores and prepare for college admission in the U.S. It was great sharing tips and tricks for the test and answering questions that students had 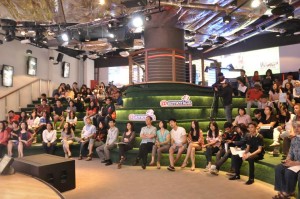 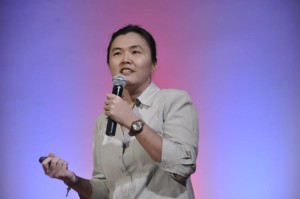 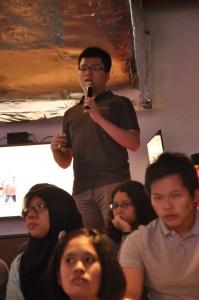 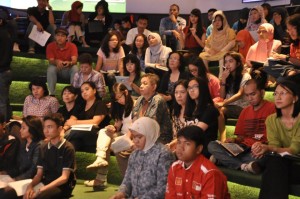